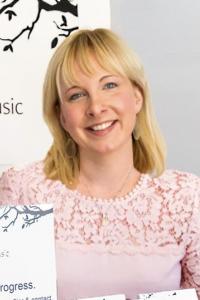 Mae is the Principal of the Mae Collard School of Music. She is a skilled teacher of voice and piano and has been the lead vocalist of many jazz groups throughout her career. Mae has extensive experience teaching both adults and children in private tuition settings and various schools, including the teaching of VCE Music (classroom and private voice tuition). She has facilitated many choirs throughout her career, as well as taken on the role of Musical Director for a number of productions.

Stewart Garrett is a highly accomplished musician that has worked with theatre groups and school groups as a Music Teacher, Education Support and Production Musical Director. A highlight of Stewart's career was training under Jonathon Welsh at the School of Hard Knocks.

Stewart is an experienced music teacher in education, specifically in Special Education focusing on levels prep to year 12 and early childhood years. 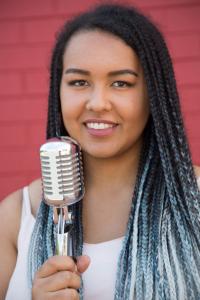 Tahlia is a graduate of the Australian National University School of Music with a degree in vocal performance majoring in jazz/contemporary and has completed her honours year at the Melbourne Conservatory of Music. She has been performing around Canberra and interstate in choirs, bands, and as a soloist since the age of seven. Tahlia has completed her Grade 7 AMEB Classical Piano examination and is an experienced and specialised Piano Tutor and Pianist.

Tahlia has been teaching voice and piano since the commencement of her degree in 2014 and is passionate about theory games, and enabling her students to reach their full potential as musicians through a thorough understanding of their instrument. 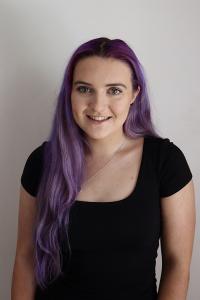 Tegan has completed a Bachelor of Music Degree at Monash University, specialising in contemporary vocal and performance. An experienced performer and songwriter, Tegan developed a passion for music at a young age and enjoys exploring a diverse range of genres from music theatre and pop/rock to jazz.
With a focus on Estill vocal training, vocal health and increasing students musical capabilities, Tegan has the capacity to support individuals through their musical journey and guide them through arising challenges. She strives to provide a fun and positive learning environment and assist students in achieving their desired goals.
Tegan is a motivating and skilled teacher able to take her students to the next level by instilling optimal vocal technique, fundamental piano instruction, efficient practice regimes and developing performance confidence. Having a deep love for music and expression, Tegan looks forward to the opportunity to share her skills with new, evolving musicians. 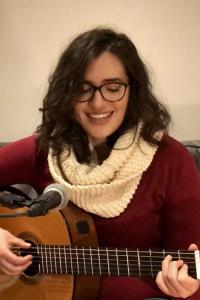 Susie is a vocalist and songwriter undertaking a music degree in contemporary voice and performance at Monash University.

Susie has a diverse musical background as a multi-instrumentalist, performing in various bands, choirs and orchestras as a singer, guitarist and pianist. She is passionate about helping her students develop solid musicianship skills so they can thrive in both solo and group situations. Using activities from methods such as Kodaly and Solfege, Susie encourages ear training alongside note reading. Her lessons are always positive and engaging experiences for her students. 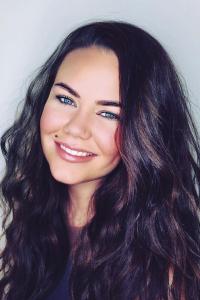 Gemma is a vocalist, producer, recording artist and performer, and has recently completed a Bachelor of Music (composition) at JMC Academy. Gemma also holds a Diploma in Counselling and as a result is a very empathetic and understanding music teacher and can cater lessons to each student's individual needs and learning styles.

Gemma has been working professionally in the music industry for over 15 years as a vocalist, producer, recording artist and performer. Gemma is currently signed to Urband & Lazar/Kobalt publishing, and she has developed unsigned and signed artists with industry professionals. 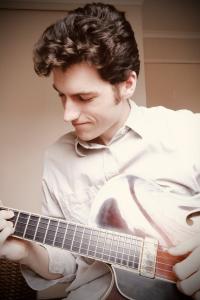 Ben has completed his Bachelor of Music degree at Melbourne Polytechnic, and is currently undertaking a Master of Teaching degree at the University of Melbourne.

In Ben’s career as an instrumental music teacher he has fostered a passion for education, teaching various students and designing lessons for the individual learner, understanding each student brings their unique strengths and challenges to the lesson.

Through his lessons, Ben aims to assist students in meeting their goals whilst also cultivating a positive and enjoyable learning environment. He takes a student-centered approach to teaching and uses evidence-based pedagogy, ensuring that the interests and learning needs of the student are first and foremost. 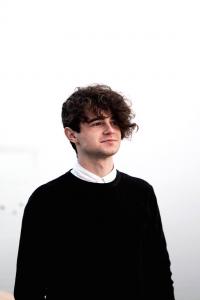 Ethan is a sound artist, songwriter, guitarist and recording engineer from Canberra/Ngunnawal Country.

Ethan initially studied performance and then composition at the Melbourne Conservatorium of Music, University of Melbourne from 2014 to 2016. He then returned to Canberra to complete his Honours year at the ANU School of Music under the supervision of now Head of School Kim Cunio, focusing on composition using a mixture of experimental and minimalist techniques, culminating in releasing his work ‘An experiment: Indeterminacy in the interaction of empty branches' on Bandcamp. He has continued this practise within collaborative and improvisational group ‘duo de luto’ with Chayla Ueckert-Smith and in various contemporary classical/experimental contexts.

As a burgeoning recording engineer, he has recorded, mixed and mastered both songs released by NORA, ‘Boots (Live Session)’ released by Gia Ransome, and is currently tracking Gia Ransome’s upcoming single ‘Boots’ as well as NORA’s upcoming debut EP.

As an educator, Ethan has worked as the Director of Ensembles at Radford College and a guitar tutor both at Radford and Canberra Girls Grammar School. He has taught students of all levels including AMEB Classical Guitar and Rockschool Exams. He also mentors emerging songwriters through the ANU Open School of Music within Sophie Edward’s songwriting class. 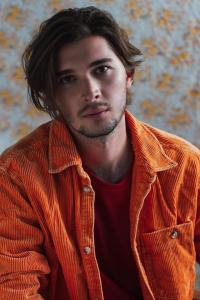 Chris is our expert guitar, bass and drum tutor. Chris is a graduate of the Western Australia Academy of Performing Arts where he completed an Advanced Diploma of Contemporary Music. Chris has performed alongside touring acts from The Lumineers, Gang of Youths, The Delta Riggs, Stonefield, British India, Hanson, Newton Faulkner, Elli Schoen, Tash Sultana. He has worked with various award winning producers Joel Quartermaine, Charlie Young, Andy Lawson and
James Newhouse. Chris has a vast knowledge of various styles of music from Country to Jazz and is looking forward to inspiring the next generations of musicians through his teaching.