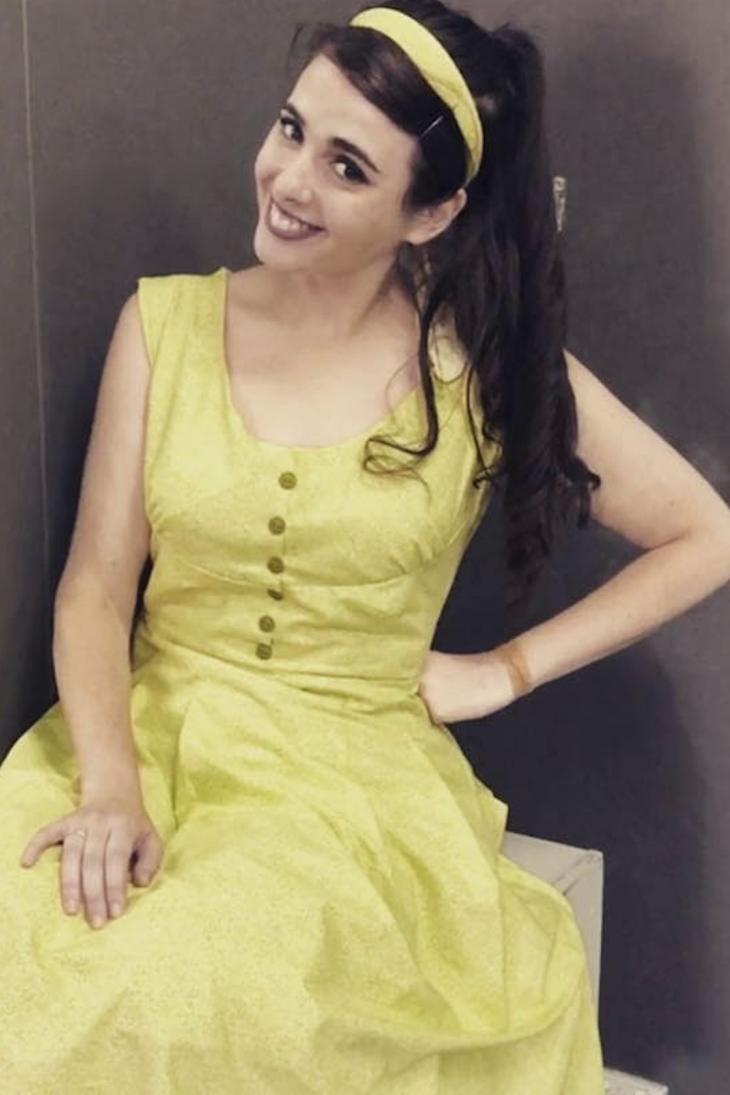 Sarah is a highly-qualified teacher with a passion for music and social-emotional learning. A  graduate of both the University of Sydney and the University of Melbourne, she has been singing, playing piano and dancing since age six and has a four-octave vocal range.

Singing along with classical musicals taped from television since an early age, she first started her formal musical training with the Australian Youth Choir, performing as a featured soloist at events including at the Sydney Opera House. While at school, Sarah completed AMEB Piano examinations up to grade six and had eight years of performance and voice training with Joy Sweeney, focused on building and extending her vocal range. Sarah also completed a range of Dancesport ballroom dancing medals, training at the Hand-in-Hand dance studio for six years and winning both solo and group awards at competitions.

She obtained her undergraduate Bachelor of Arts with a double major in Film and Gender Studies in 2009 at the University of Sydney, appearing in her first onstage musical ‘High Society’ and igniting her passion for musical theatre. After relocating to Melbourne in 2010, Sarah started to teach full time at primary school and completed two postgraduate degrees at the Melbourne Graduate School of Education, including a Masters of Education in 2015.

Throughout this time, Sarah continued to follow her passion for performing, treading the boards in plays and musicals. Her most notable roles include Olivia in Shakespeare’s ‘Twelfth Night’ (2011) and Queenie in ‘Blackadder II’ (2012). Sarah has also appeared in the ensemble of some of her favourite shows, including The Phantom of the Opera (2013) and The Sound of Music (2013). In 2014, Sarah continued her musical education by taking voice lessons with Cassandra Beckitt, building her top soprano range using operatic technique whilst strengthening her connection to both music and audience.

In 2017, Sarah focused on her university studies full-time, completing a minor thesis about the use of educational technologies for social and emotional learning in primary school students. This work was awarded a result of First Class Honours, the highest possible mark, and will likely form the basis of a longer thesis for her PhD candidature in the future. In 2018 Sarah resumed dance training, taking tap dancing classes at the Glittery Wonderland School in Mordialloc. She also returned to the stage, appearing in the ensemble of Cry Baby (2018) and All Shook Up (2019).

Sarah has also been lucky enough to appear in and collaborate on the development of a range original musicals, plays, varieties, songs, short films, pantomimes and art projects throughout her time in Melbourne. Highlights including pioneering a program to facilitate the inclusion of people with disabilities in local community theatre on the Mornington Peninsula, and originating the role of William Wolf in ‘Little Red Riding Hood’ featuring the songs of the brilliant David Youings.

She continues to teach, integrating elements of music into her daily classroom practice whenever possible and performing as often as she can. Sarah’s special interests outside of music and education include French language and culture, yoga, gardening, travel, Chihuahuas, coffee and food!