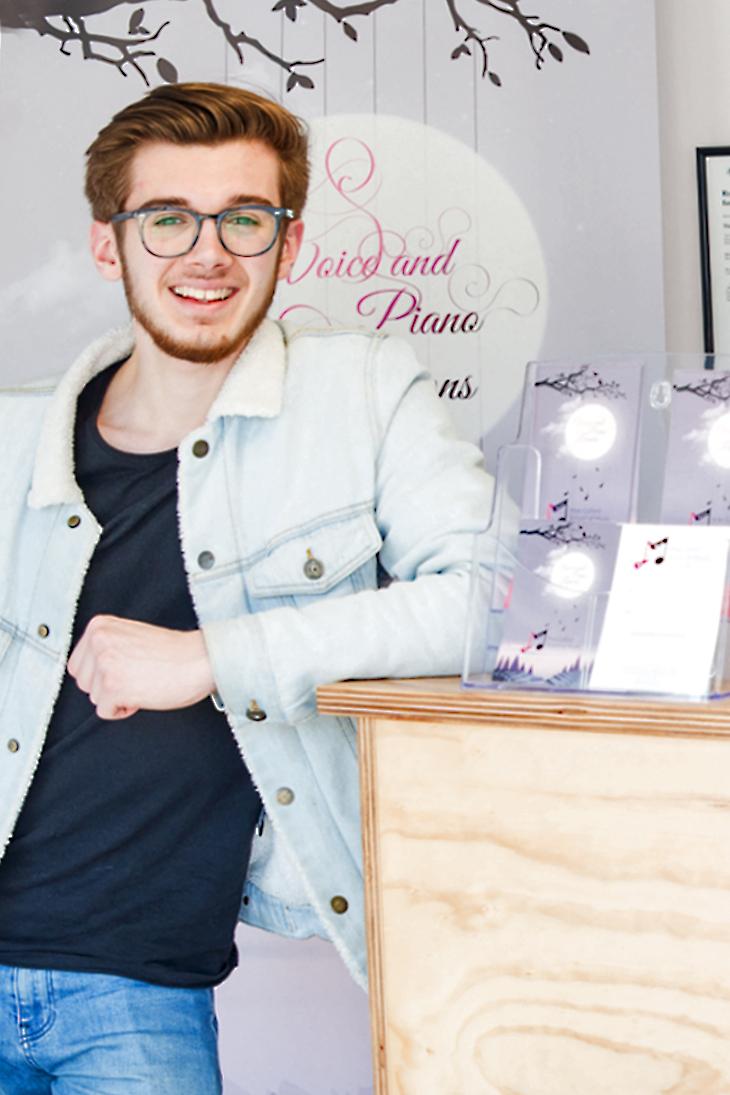 David is a music director, pianist, conductor, composer, arranger/orchestrator and vocal coach, and is thrilled to be a part of the Mae Collard School of Music team.

He is a pianist with countless experience accompanying auditions, rehearsals, concerts, exams, and cabaret.

2019 saw David take on responsibilities in assisting the music team of Muriel’s Wedding (Global Creatures) ahead of their Australian Tour, and continues to serve the production as Keyboard Tech.
​
He composed an original score and lyrics for Fab Nob’s Summer Pantomime Little Red Riding Hood, and has contributed orchestrations/arrangements for Amazing Grace (Manilla Street Productions, Music Directed by Luke Hunter), You Will Be Found (Tiny Moose Productions) and Starbound (Launchpad).

David has also long been a part of Melbourne’s musical theatre scene as a performer, with performance highlights including Jack (Into the Woods), Archie (13), Rod (Avenue Q) and Mal Beineke (The Addams Family), and has been a recipient of Music Theatre Guild of Victoria Commendation as well as several Lyrebird Award nominations.

He is an enthusiastic piano and singing teacher and is looking forward to passing on his immense passion and knowledge of music to his students.